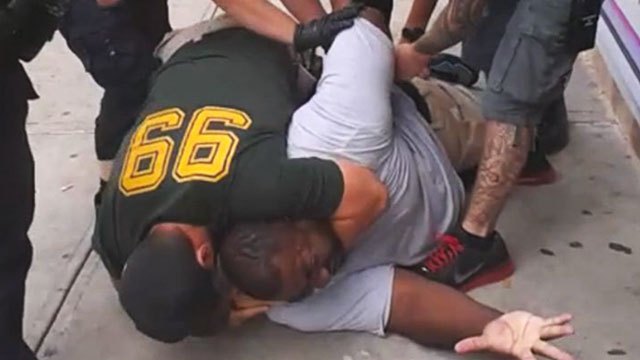 Last week Mike Brown’s murderer, the cop Darren Wilson was not indicted by the St. Louis grand jury, for the execution of Mike Brown. Not only is he now a free man, he has become a millionaire because of donations from racists and payments for television interviews. Today, the grand jury in NYC did not indict the cop Daniel Pantaleo who executed Eric Garner in a chokehold. The United States permits and rewards the genocide of Black lives. The New York City branch of the NCP(LC) will be mobilizing to protest these killing.

ALL OUT FOR ERIC GARNER!

THERE IS ONLY ONE SOLUTION, REVOLUTION!

One thought on “ALL OUT FOR ERIC GARNER!”

The Liaison Committee for a new Communist Party