The Liaison Committee for a New Communist Party congratulates the New People’s Army (NPA) in its 45th anniversary. 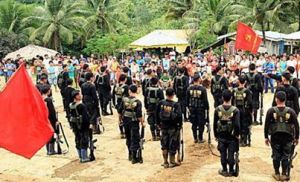 Since its founding, the NPA has grown from a few rifles to the leading armed forces of the people’s of the Philippines – the stalwart defender of the people, but also its most important weapon in the conquest of political power, which grows out of the barrel of the gun.

The NPA’s capacity and tenacity in the face of comprador and imperialist attack are a shining example to all of us worldwide who want to struggle for socialism on the path to communism. It has shown the world that when the people people have nothing, they can have everything, if they dare to struggle and dare to win!

In the moments when the Aquino government intensifies its repression of the National Democratic movement, and the Armed Forces of the Philippines hallucinates about the NPA being weakened, this anniversary shows that the NPA is not only growing stronger every day, but that history is a long march – and that the struggle is by definition protracted.  We salute all the NPA fighters and the revolution peoples of Philippines in this momentous event and remember with them the joys and sorrows of struggle. We remember the victories of the NPA as our own, and the martyrs of the NPA as our own. For the victory of the National Democratic forces in the Philippines is a victory for the world’s peoples and its proletariat.

Long live the revolutionary peoples of the Philippines and their armed forces, the NPA! 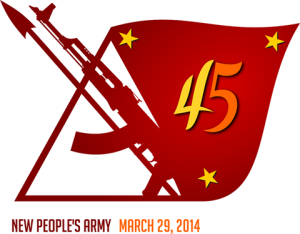 2 thoughts on “Congratulations to the NPA”

The Liaison Committee for a new Communist Party